This article outlines a recent professional raccoon removal in Whitby. It was a springtime raccoon removal that involved removal of babies. Wedged between Ajax and Oshawa to the east of Toronto, Whitby has seen extensive development over the past few years. Its population has nearly doubled since 1986 as new housing complexes overtake farmland.

Whitby is dotted by many parks including Intrepid Park along the lakeshore in the south. Intrepid Park was once home to Camp X during the Second World War, a secret spy facility used to train agents in foreign intelligence gathering. 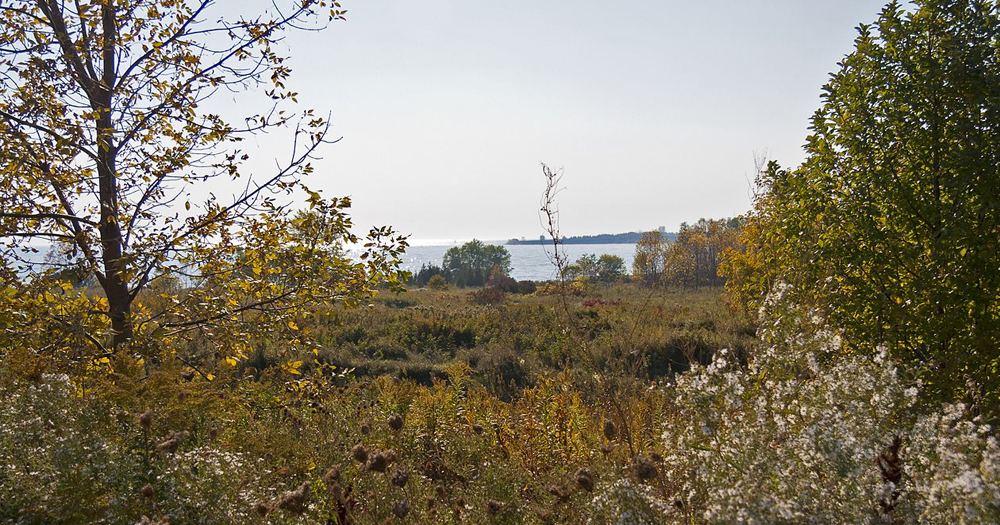 Intrepid Park in Whitby, previous location of Camp X where spies were trained during the Second World War

Many of the developments to the north of Whitby still border farms and fields. These environments attract many wildlife animals, from foxes and coyotes to raccoons and squirrels. These animals often look for confined spaces in residential areas to nest or simply hide from predators.

This case will look at a situation in which both raccoons and squirrels made themselves at home in a backyard shed in Whitby.

Our initial contact with the homeowner revealed that raccoons had buried a cavity under the shed and had been active for quite some time. The homeowner was also concerned that there may be squirrels living in the attic of the same structure.

We dispatched one of our certified wildlife technicians to inspect the property and take the appropriate steps to remediate the problem.

Our initial assessment confirmed that raccoons had indeed been living under the shed- a whole family with babies. The technician was able to visually confirm the presence of young animals. 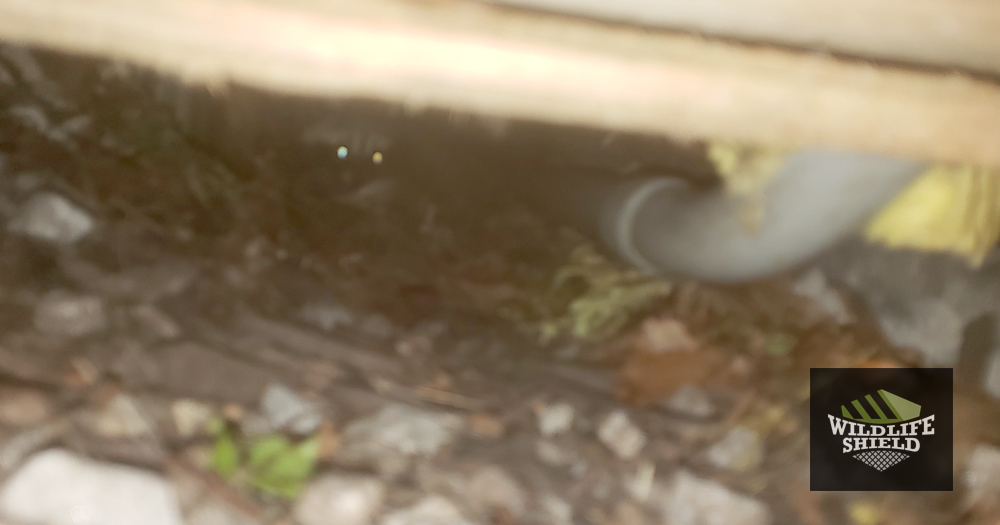 A baby raccoon poses for a photo during our technician’s inspection.

Above, a pot light enclosure under the roof soffit had been comprised and a hole into the attic was visible. This proved to be the main entry point for the squirrels that had been active in the attic.

Trapping and removal of the adult raccoons was not feasible as the orphaned babies would certainly perish. We decided to secure the entire base of the shed with galvanized steel mesh and install a one-way-door through which the raccoons could exit in a safe and humane way. 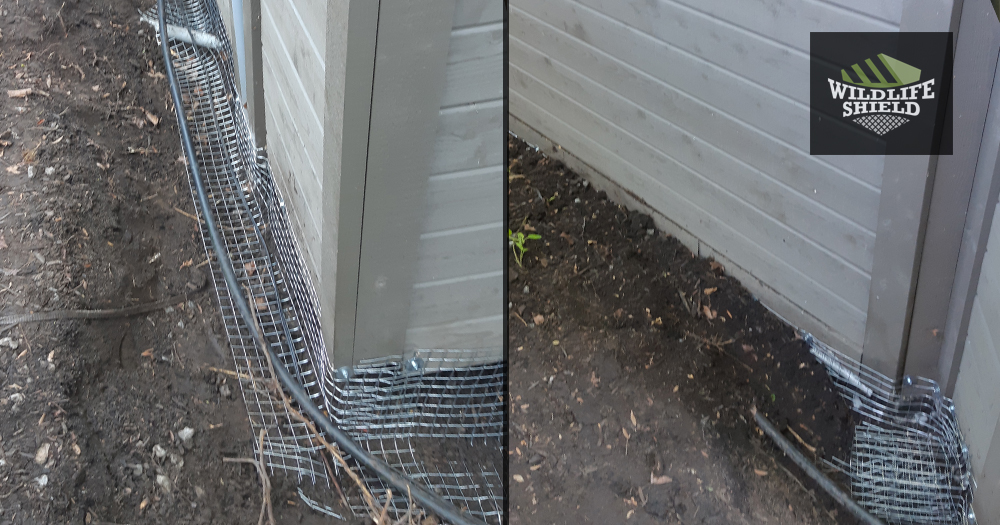 Galvanized steel mesh was placed and secured around the base of the shed.

The same approach was taken in securing the attic of the shed for the squirrel issue. Mesh was installed to cover all pot lights and a one-way-door was installed at the breached pot light to allow the animals to safely leave the structure. The process of removal is the same for removing raccoons from decks and sheds. 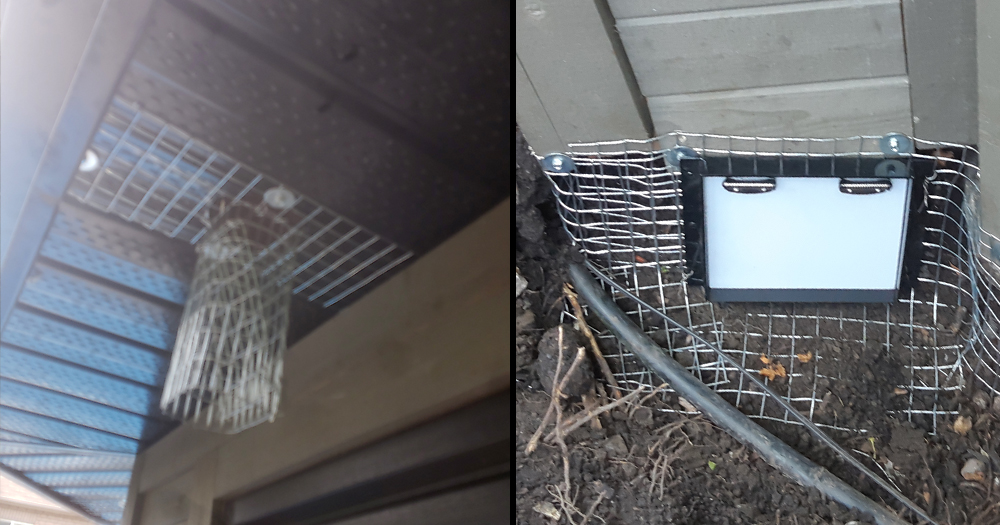 One-way-doors were put in place to allow the animals to exit the structure (squirrel door on the left, raccoon door on the right).

We allow several weeks, depending on the weather, for the animals to leave. We then return to remove the doors and patch the holes. Our installations are guaranteed for 2 years and if there is any damage to our exclusion work, we will repair or replace free of charge.

It is not uncommon to have multiple wildlife species breach the same structure. It is well known that the scent of animals will often attract other animals. In this case two of the most common areas that are usually compromised were taken over by raccoons and squirrels.

Wildlife babies must be handled in a more delicate and cautious way. In this situation we decided that the best course of action was to allow the baby raccoons to leave with their parents and relocate on their own.

Our 2-year warranty on the galvanized steel mesh installation will give this homeowner peace of mind that the animals will not breach into the structure anytime soon.