The following case study involves a raccoon removal job in Markham where raccoons were repeatedly breaking into the attic. Raccoons are persistent animals that require a comprehensive exclusion of the property to keep them out. In this case, the professionals at Raccoon Control removed the raccoons safely and permanently with our thorough, guaranteed wildlife-proofing services.

A suburb of Toronto, Markham is located just northwest of the province’s capital. Having seen significant development over the past few decades, Markham has become home to the headquarters of many national and international organizations.

Housing development has also increased drastically, particularly along the Hwy. 7 corridor. Many high-rise buildings have popped up along this stretch as well as many shopping complexes. 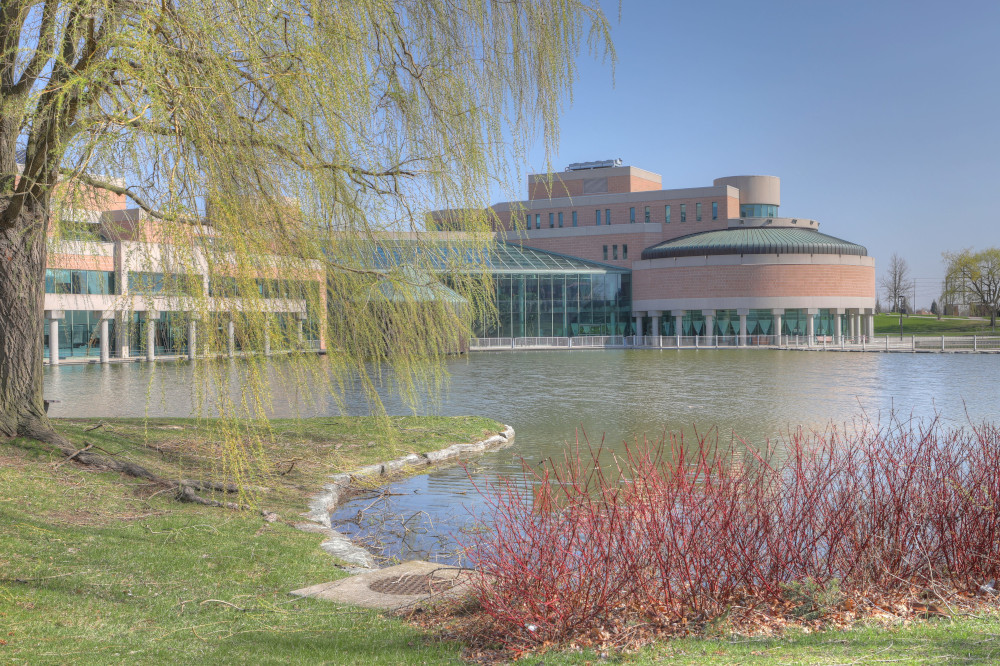 Northern Markham has become an attractive area for many who work in the city and its neighbourhoods are lines with single-family homes. Many parks and golf courses can be found throughout Markham.

This article will detail the steps taken to remove and exclude raccoons from a home in Markham.

We were called to this Markham home after the homeowner noticed movement in their attic. We were informed that noises were being heard and that raccoons had been seen on the roof of the house. During our call with the customer, we attempt to assess the problem with a series of questions that will prepare us for our inspection visit. We then scheduled a convenient time for our first visit.

Our licensed wildlife technician arrived at the home and conducted a thorough inspection of the outside of the property. We look for evidence of wildlife activity and reasons for which these creatures may be present. Unattended yards, presence of unsecured garbage bins, or presence of animal fecal matter can all attract wildlife.

We then moved on to the roof area to find any potential entry points. It did not take long for our technician to find a large gap in a soffit intersection. These roof structures, due to their angular construction, are the ideal place for raccoons to breach into an attic. They will use their own weight as leverage to push on the soffit metal and create a hole.

We promptly secured the soffit intersection by installing galvanized steel mesh along with a one-way-door. This door is designed to allow any animals that remain in the attic to vacate and not be able to return. We will return a few weeks later to remove it and seal it.

As protection against future break ins, our customer agreed to have all roof vents and wall vents covered with our special coated galvanized steel covers. Roof vents are often made of plastic and are susceptible to damage from raccoons and squirrels. In the cold months of the year, wildlife animals are especially attracted to these features due to the heat they emit from the attic.

Our customer called to inform us that they were still hearing noise coming from the attic. When we returned to investigate, we discovered a new entry point under the soffit on the side of the house. Raccoons will sometimes create multiple entry points, particularly if they settle in the attic space away from the original entrance. This particular animal may have felt intimidated by the one-way-door and proceeded to create its own escape hole.

With the hopes that the animal had vacated the attic, we patched the hole and removed the one-way-door. We always let the customer know that sometimes the animals may “play” a cat-and-mouse chase game with us, and we need to adapt.

These noises continued and when we returned, we found a section of the soffit near that had been pushed down. Obviously, this raccoon was not yet ready to be evicted.

We then preformed an exclusion of the area where the raccoon had been persistently trying to move through. Our technician fixed and sealed the soffit area that had been damaged with 6ft. of galvanized steel mesh and installed another second one-way-door at the original entry point.

Success! Once we returned to remove and seal the one-way-door, we were informed by the customer that there had not been any noises coming from the attic in a while.

Wildlife in anyone’s home is always an unwelcomed situation. That is why it is crucial that the professionals be called in to deal with the problem in an effective and humane way.

In this case, the homeowner was not aware of the breach into their attic by a persistent raccoon. Raccoons are attracted to these dark, enclosed spaces due to their warmth and protection from predators. Once inside, they will potentially destroy wiring, insulation, and may cause structural damage.

It may have taken us a couple of attempts, but we ensured this raccoon was kept out of the attic and was not able to re-enter.

Our exclusions are all backed by a 6-month warranty and if they are damaged or removed by wildlife, we will return and replace it.