In this case we had to remove both squirrels and raccoons at this Toronto address. You can read on about our raccoon removal services in Toronto. Specifically in the Nortown neighbourhood of Toronto, located near Bathurst Street and Wilson Avenue. A heavily dense residential area. It is bordered to the north by Hwy. 401, to the east by Avenue Road and to the south by Ledbury Park. Proximity to parks always amplifies the likelyhood of having to deal with wildlife problems. 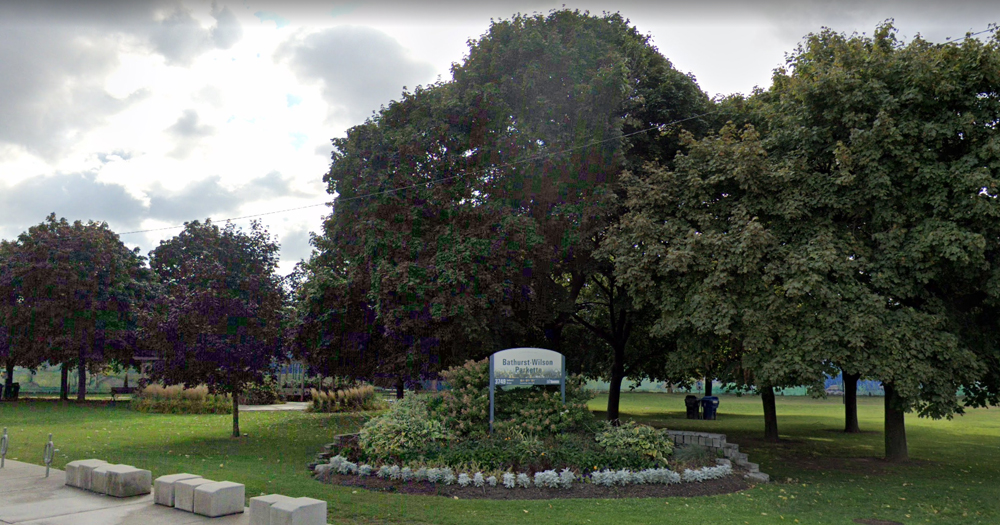 This area of the city of Toronto was established in the late-1800s as a middle-class housing development and some of the original homes still stand to this day.

We will look at a home in this Toronto neighbourhood that was breached by not only a raccoon, but also by squirrels. The animal entered the attic and had been active for some time.

The homeowner called us concerned that raccoon had been living in the attic for awhile. We sent one of our certified wildlife technicians to preform a thorough inspection of the house. 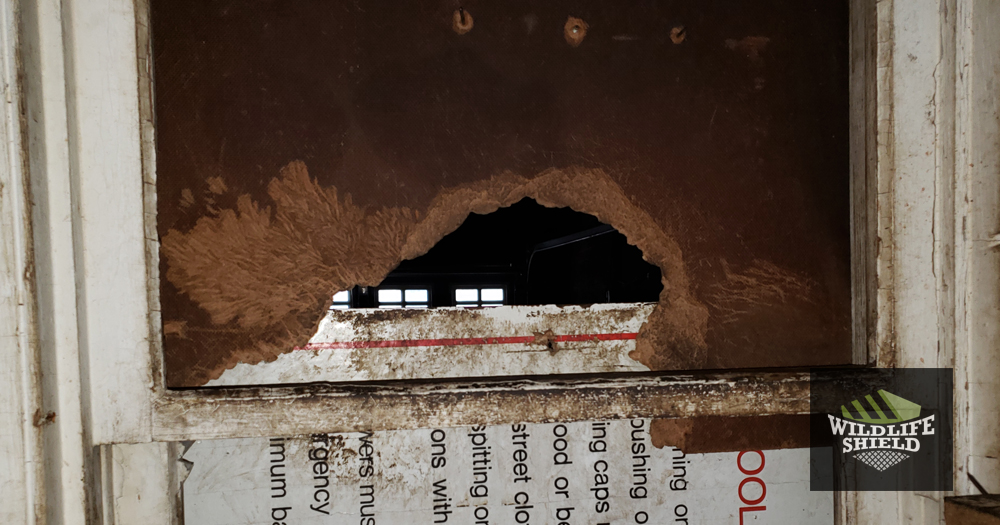 A large whole was found under the soffit in the garage.

Several issues were evident on the roof. A large hole on the edge drip of the roof was suspected to be the primary entry point for the raccoon. Other entry points were identified under the soffit in the garage area and at a soffit intersection.

A second large hole was found on the drip edge of the roof.

While conducting the inspection, our technician could hear movement through the soffits. He identified it as a squirrel since squirrel feces were also present. This could explain why multiple points of entry were found throughout the roof. It is not common for raccoons and squirrels to cohabitate in an enclosed space, but it may happen, especially if an attic is large enough.

Our technician also noted that there were holes on the chimney cap and that it should be repaired.

We started by installing three one-way-doors, two for the raccoons and one for the squirrels. One was placed under the soffit of the garage where one of the bigger holes was found. The second large hole on the main roof was also covered with a raccoon door. There are different reasons for placing multiple exit doors on the structure. It may be that the garage and main home attic are divided or in some cases the animal may have breached from one side of the home but is active in another area far from the original hole- in this case a second hole may have been made for the raccoon to move in and out. The longer wildlife is present in an attic, the higher the chances of there being more than one entry point that they create.

A smaller hole was covered with a special squirrel door. While the raccoon doors are bigger and made from plexiglass, a squirrel one-way-door is different and made of galvanized steel. Its structure is tubular in shape which is more likely to attract squirrels and lead them out of the attic.

All other damaged sections of the roof’s edge drip and soffit were covered with approximately 55 feet of galvanized steel mesh. All holes on the garage’s roof were also sealed as was the soffit intersection.

It was decided that the chimney would also be excluded as an entry point by installing mesh around it. This is the best way to prevent animals from entering through this vulnerable structure.

The chimney was covered with galvanized steel mesh to prevent animals from entering.

All one-way-doors were removed at a later visit after the animals were given time to vacate the attic.

The main learning from this case was that once an animal makes itself at home in an attic, it will most likely attract other animals. In this home, a raccoon’s presence for an extensive period of time eventually attracted squirrels to the same space. This happens due to the pre-existing entry points and because of the strong scent left by the raccoons inside the attic.

It is especially important to remove wildlife as soon as it is discovered to be present in a home. Our team of qualified wildlife technicians will always identify and seal entry points to prevent the attic from being breached again, and our work is guaranteed for 2 years.