Raccoon Benefits? Raccoons are some of the most common pest mammals. These medium-sized animals feed on many different plants and animals and generally have few exceptions when it comes to their diet. They have unpredictable behavior and are not fit for keeping as pets. The common practice after a raccoon removal is to seek professional raccoon removal Toronto services to get rid of the pests or use special equipment to take care of the problem independently. While this is the norm, rationality dictates there is probably no single thing or animal on the planet that has no benefit. But can raccoons be beneficial to our properties at all?

How do raccoons help the environment?

From an environmental point of view, and certainly to a lesser extent, raccoons can be considered land bees. What does it mean? Very simple. Among the favorite foods of raccoons are berries, fruit and nuts, all foods that wild raccoons can easily find in nature or in a garden (and, rarely, even in the city).

Once eaten, the raccoons will carry the seeds around until they expel them, thus helping to spread seeds of plants and trees wherever they go. Of course, it’s not about pollination, but they help spread plants, trees and flowers by helping the environment.

The fact that raccoons dig in the earth looking for food (insects, worms etc.) is another advantage for the environment. Digging during their search for food, like all mammals of this type, mammals help soil turnover, promote decomposition and plant recruitment. In practice, they favor the functioning and renewal of the ecosystem in which they are located.

Finally, although it seems strange, raccoons can also be useful in protecting bees. Bees are the first pollinators in the world and are essential for plants to continue to thrive. One of the main dangers for bees are wasps, which tend to violently colonize the places where they are found. Wasp larvae are one of the favorite foods of raccoons and, consequently, they prevent the wasps from colonizing the environments in which they are found. 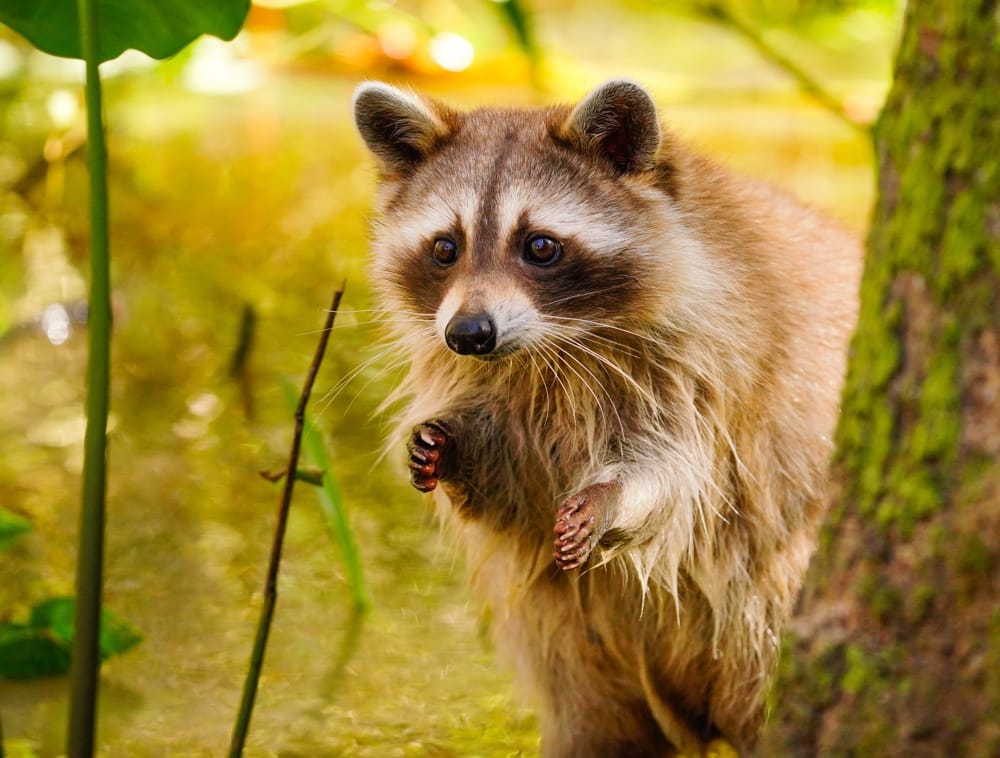 What do raccoons do for the ecosystem?

Although raccoons are seen as a nuisance and a big problem, these masked mammals play a very important role for the ecosystem. In fact, these animals play a crucial role in keeping all the ecosystems in which they live clean and healthy.

If you think about it for a moment, it’s obvious: raccoons are known as scavengers, who rummage through the trash in search of food, eating whatever. Consequently, they are very important in the disposal of carrion from ecosystems. They eat them and clean the ecosystem.

They also play a very important role as “gardeners”. The raccoons, in fact, are useful in nature for the distribution of plant seeds. Feeding on berries and nuts, not only on meat, raccoons then carry around the seeds and help in the spread and growth of the plants they eat.

The raccoons play an important role in the control of parasitic species present in ecosystems because they also feed on them. When species we consider parasites such as frogs, lizards, wasp larvae, toads, snakes or rats start growing out of control, they do nothing but become raccoon food. In this way they will keep many annoying problems away from your garden and prevent these animal populations from growing too large.

A last important role in the ecosystem, unfortunately, raccoons have it being ideal prey for predators like coyotes, owls, hawks, wolves or young snakes.

They are at the center of a complex food chain, both terrestrial and aquatic. They are in the position of both predators and prey which makes them essential for maintaining a balance.

What are raccoons good for?

As it is understood, in nature raccoons are good for helping the environment and the ecosystem in which they find themselves. Although not essential, they are animals that assist in the spread of plants, in the protection of bees and in the renewal of the soil.

However, they can also bring some benefits near home or in the city. We have already talked about one of the advantages near home, that is, how raccoons are useful for keeping pests under control.

Another big advantage that raccoons could bring is to keep mice and rats away. Rodents are intelligent animals and usually tend to avoid areas where raccoons are found, as they are their predators.

Urban raccoons are also excellent for eliminating animal carcasses and carrion. Animal carcasses, especially in the city, are dangerous because they tend to rot and bring disease. But raccoons feed on animal carcasses with pleasure. As a result, if an animal’s carcass is in an area of ​​the city where raccoons are found, it will soon be devoured by these animals and the problem will be solved.

Raccoons’ predatory role as an advantage

Raccoons are omnivorous animals, meaning that they eat both plants and animals. Common invertebrate insects are a main dish for raccoons. This is a good thing from the point of view where there are some other type of pests around the house that are unwanted. Raccoons are generally larger than the small pests meaning that that can predate on them and help in maintaining a pest-free area. Raccoons can also feed on unwanted vegetation and weeds and thus be beneficial in this aspect. Since they can eat anything, you can be assured that they will take care of all the nuisance insects in a given surrounding.

Raccoons’ predatory role as a disadvantage

In just the same manner that raccoons can be valuable, they can also be destructive. Raccoons are capable of eating birds, smaller animals and insects. If you are a person who loves nature and probably likes attracting animals like small birds around the house, having raccoons will be counterproductive. Raccoons can very easily catch and eat small birds as they have well-developed limbs that help them manipulate objects. Raccoons do not generally eat larger animals like cats and dogs, but they can definitely harm or kill them if involved in a fight.

Other benefits and hazards of raccoons

On the overall though, raccoons seem to have more disadvantages than advantages. While they can be adapted to take care of other pests, they pose major hazards to humans. They are hosts to different diseases and have no boundaries when it comes to destroying property. Unless these animals are used in a remote area that is free from human habitats, they do not have any worthy use around humans. Their disadvantages heavily outweigh the little value they possess. They are known to consume harmful to your lawn grubs, wasp larvae and keep small rodent populations under control.

If the benefits outweigh the risks and you are experiencing issues with raccoons contact us for a solution to your raccoon problem. Call: 647-557-7932